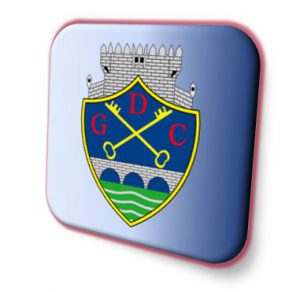 Grupo Desportivo de Chaves (known as Chaves) is a Portuguese football club from Chaves currently playing in the Primeira Liga. Founded in 1949, the club plays at the 12,000 capacity Estádio Municipal de Chaves. The Chaves home kit is a red-and-blue striped shirt with blue shorts and socks and the away kit is all white.

Chaves have been in the Portuguese First Division 13 times. Their best ever finish in the Primeira Liga saw them fifth in the table in both the 1986–87 and 1989–90 seasons. The club went to Europe in the 1987–88 season where they played in the UEFA Cup, getting knocked out in the second round. Subsequent seasons saw the club finish further down the table until they were relegated to the Liga de Honra for the 1992–93 season. Whilst they achieved a few more seasons in the Primeira Liga, they were relegated back to the Liga de Honra until 2007, when they were relegated to the Portuguese Second Division: Série A. A set of excellent results in 2008–09 saw Chaves promoted to the second-flight Liga de Honra. Chaves were crowned the Segunda Divisão champions in 2012–13, which gave them promotion back to the Segunda Liga. After missing out on promotion to the first division during a thrilling final day of the 2014–15 season, Chaves were promoted back to the top-flight Primeira Liga the following season for the first time in 17 years.

The current club president is Bruno Carvalho and the new manager since June 2017 is Luís Castro. The current squad include Rafael Furlan (on loan from Grêmio Anápolis), Domingos Duarte and Matheus Pereira (both on loan from Sporting), Pedro Tiba (on loan from Braga) and Hamdou Elhouni (on loan from Benfica).